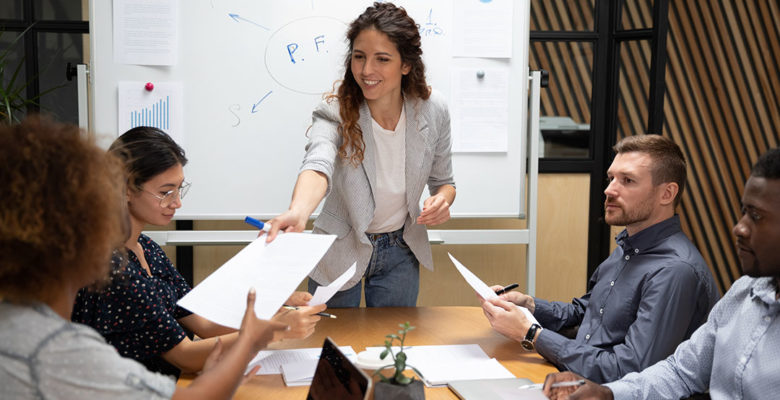 DELEGATION. What a beast! Many people who follow me or who are in my community are already starting to delegate. What I’m hearing, though, is that business owners are feeling more like micro managers than delegators. I’m hearing, “the work isn’t done to my satisfaction, so I am doing it all over again,” or “I am constantly checking on my team because they’re not meeting deadlines, and I have no idea where they are in the process,” or “It’s taking me more time to check their work and to fix mistakes than it would have if I had just done it myself. “ Here’s the truth. Doing delegation right is hard. Building the right team is hard. And it may take time to get the right people in the right places. My team has evolved and grown throughout the last 7 years. I’ve added slowly and deliberately, and I’ve moved through some and toward others. Be patient and be smart—it’s far better than rushing and continually getting the wrong people in to do the job.

One of the biggest issues I see when people start delegating is that they become micromanagers rather than leaders. So, instead of providing the basics of delegation here, I’ll focus on how to exit the trap of micromanagement. First, it’s important to know what micromanaging is. Micromanaging is when you delegate something but aren’t trusting the person to really do the job you gave them. You’re looking over their shoulder and jumping in and fixing mistakes and never really giving over ownership of the job. The truth is, if we don’t empower people to do a good job, and we are constantly looking over their shoulders, they never feel trusted or take ownership or pride in the job they are doing.

Please don’t get me wrong. I am NOT talking about abdication, where you give a task away and never look at it again and trust it’s being done well and right. Abdication is where bad things happen and things can go down quickly. It’s where theft or worse things happen. What I AM saying is that we MUST keep our fingers on the pulse, but we have to get them out of the PIE!

So how do we delegate effectively?

Become a COACH for the person you’re delegating to. Ask questions and give them an opportunity to fix mistakes rather than taking things back and fixing them themselves. Point out what is at fault with what they produced and ask them to fix it or what they think needs to be done to fix it.
Give them examples of what you’d like the end result to look like. For them to have a reference point is important. And GO THROUGH the example with them so they see the detail and care that goes into your work. The mistake people often make is that they don’t really train people how to do something—they assume things are obvious. If we expect a certain level of excellence, then we have to show and train someone on what that looks like.
Put a project management system in place that has details of who is in charge of what and when things are due. I know that many of you do this already, but what I see is the lack of CHECK points where you’re following up on how things are going and asking if they need anything. There has to be a system in place where there are check-ins. The more you can set your team up for success, the better.
Always put the solution back on them. One of the issues I see is that team members are often so afraid to make a mistake that they don’t take initiative and are always asking questions that they should know the answers to. Rather than sighing and letting your time be sucked repeatedly by answering questions or taking something back over yourself, ask them, “What do YOU think? Again, you’re empowering them to find the answers themselves and to move forward without your fingers in everything.

I hope this helps you find your way through the puzzle of delegation. There is so much more to hiring the right person for the right job, how to begin the delegation process, and how to let go. I wanted to highlight this piece for now because it’s something I’ve heard a lot of questions and concerns about lately.
If you want more on delegation, there’s a great article from INC magazine.

Have some questions or want some assistance? Work with Julie! 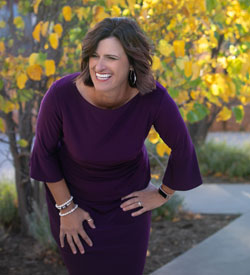 Julie Miller Davis is a driven entrepreneur who serves others by helping them reach their own levels of excellence. She works with business owners and leaders to get them laser focused and efficient at conducting their daily business and working through their current roadblocks.

Reach out to Julie for a Complimentary Strategy Session!